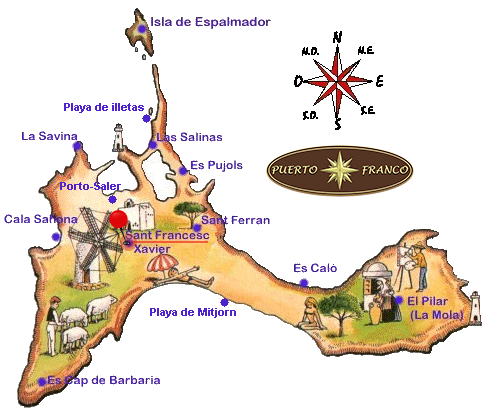 Coming back towards La Savina the next place is Sant Francesc Xavier (San Francisco). It’s the official capital of the island, which is organized, from the administrative standpoint, with only one municipality, municipal office sare based in this place.

In Sant Francesc we find two of the most unique buildings in Formentera, the most obvious is the fortified church, with thick walls and with the appearance of a cube air tight, dates from early of XVIII century, period in which the raids of the pirates were frequent, for this were installed two big cannons.

The othe roldest building, also a religious one, is the chapel of “Sa Tanca Vella”, very primitive construction, surely of the XIV century, that fell into disuse when it was built the fortified church. 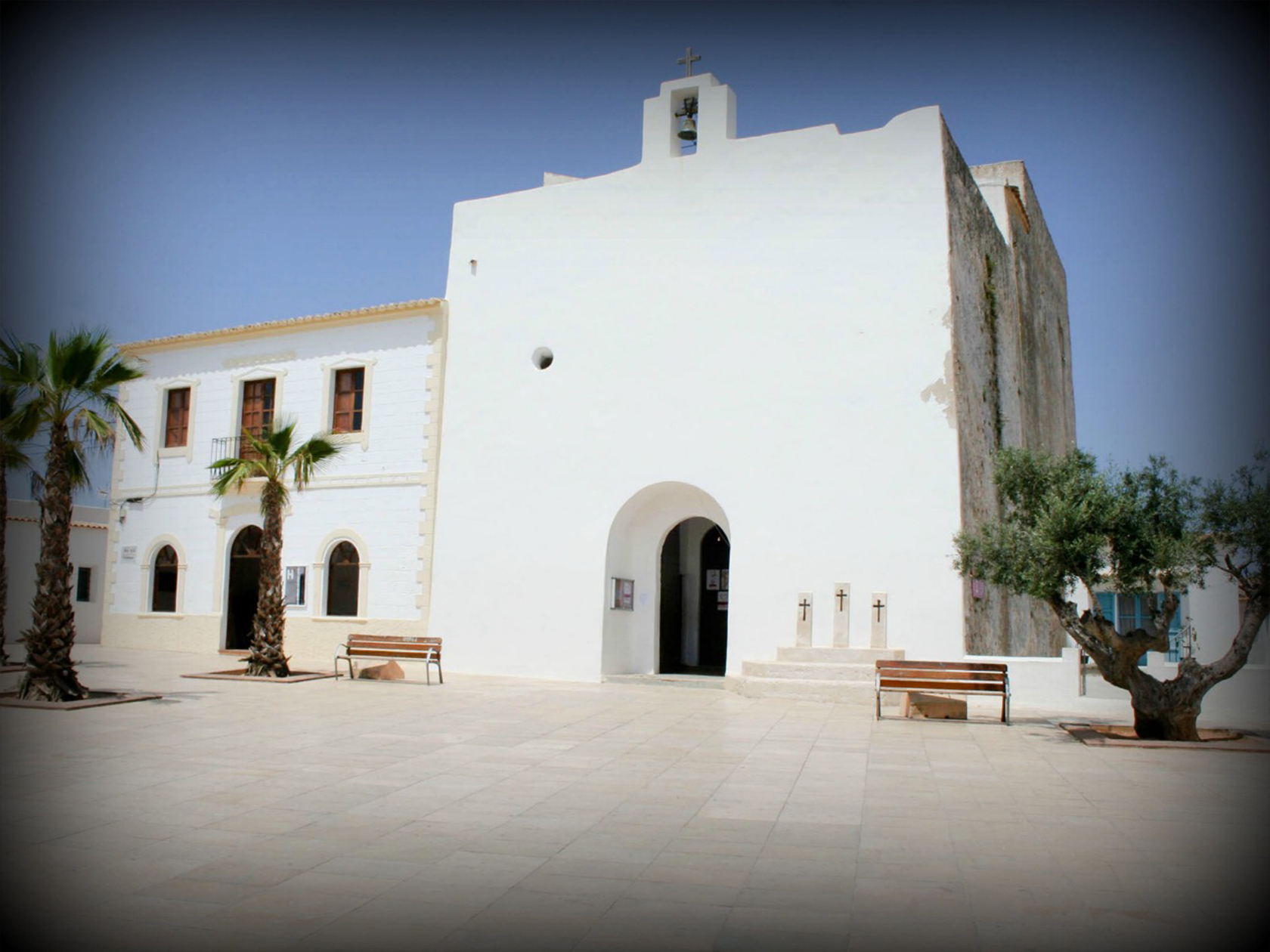