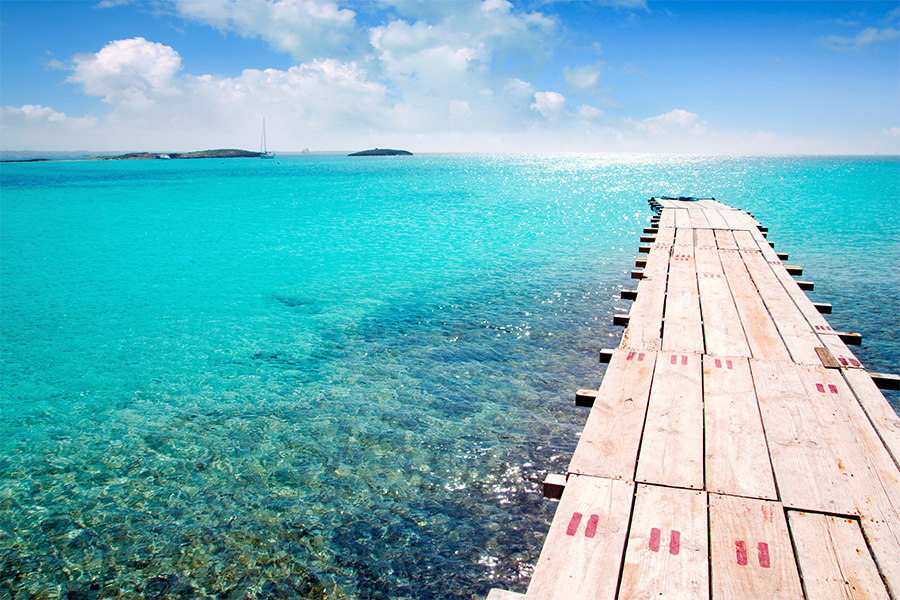 The sea makes Formentera unique, an endless extension of blue that begins with turquoise and it loses in the ultramarine blue, there where water and sky merge..

The sea in Formentera has many faces, in the morning the rising sun seems to turn the water into liquid gold, shines under the sun at noon until the wind, playing with waters, turns it into thousands of glowing sparks and then, in the evening, when the day begins to take leave with his pink and violet fireworks, the view of the sea amazes those who admire it.

In a world map Formentera seems a trifling point, for centuries was forgotten by the rest of the world and sometimes even uninhabited, but one day someone remembered it and its name became part of the club of the most popular tourist resort. Although this has not neglected its roots, has remained faithful to the customs, the old names of things, proud to be able to always be authentic, without losing its simplicity. 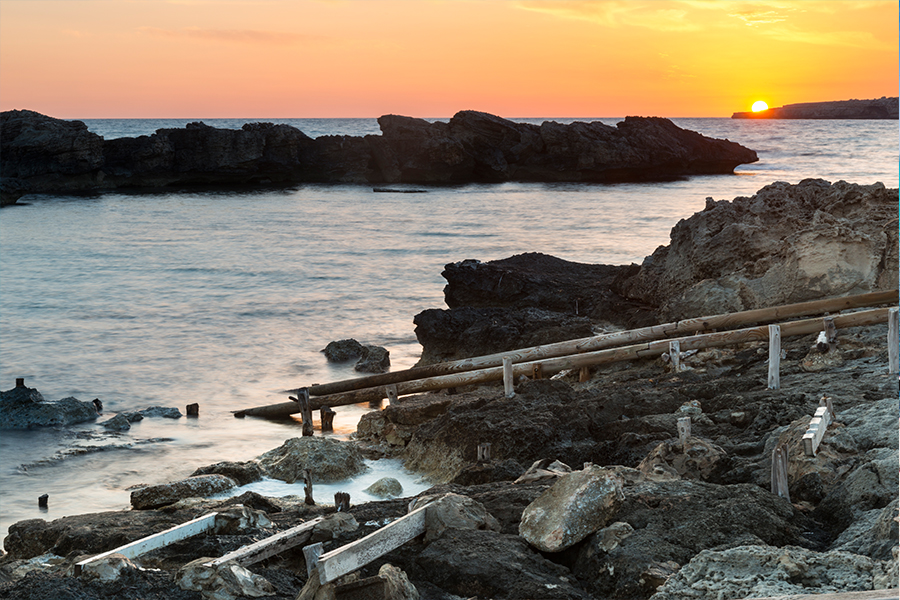 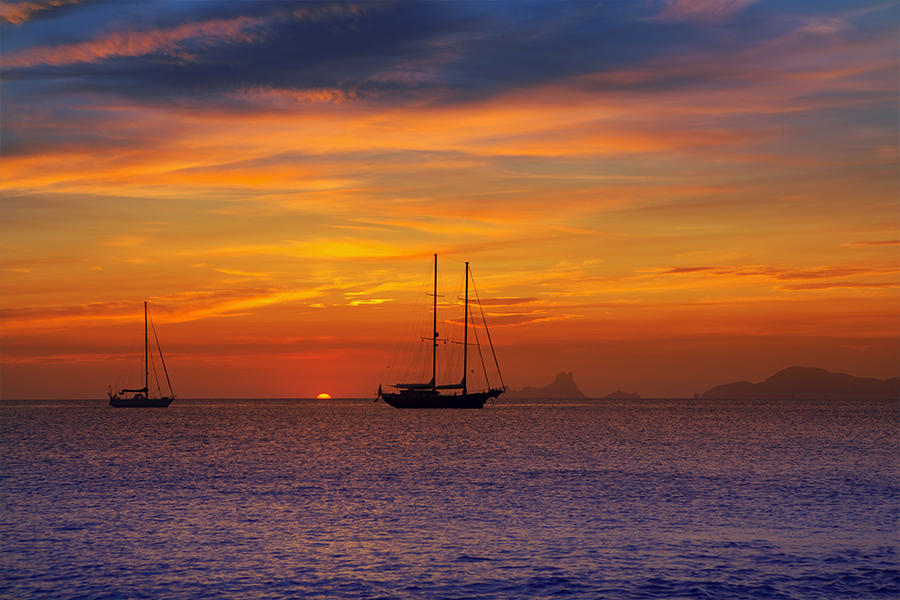 The Island of Formentera is the smallest of the Balearic Islands which are located in the center of the Western Mediterranean, to the east of the Iberian Peninsula. Ibiza and Formentera are separated by a narrow channel called Es Freus, surrounded by small islets.

Formentera has had many names over the centuries, for the Greeks, along with Ibiza, was the “Illa Pitiusa” or Isle of Pines as it is covered with a rich Mediterranean vegetation and the inevitable pines, the Greeks also called it “Ophiusa”, i.e. the land of reptiles, perhaps for the myriad of emerald lizards that inhabit the island, whereof they have become the symbol.

The Romans called it “Frumentaria”, i.e. island of wheat, for the great quantity of wheat that it offered and which they did escort. Is from “Frumentaria” which derives the name “Formentera”.